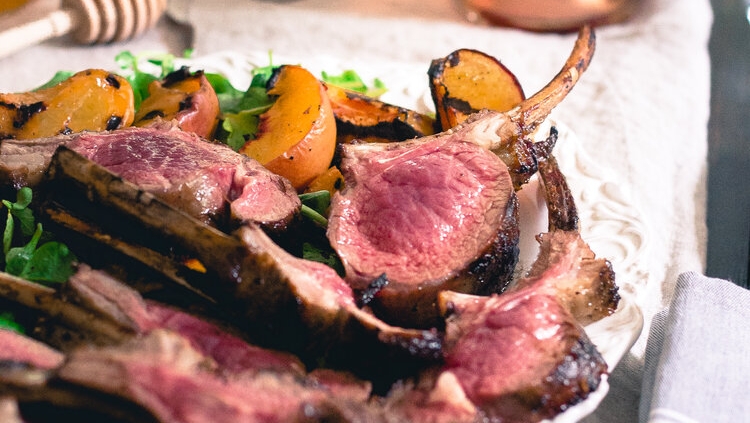 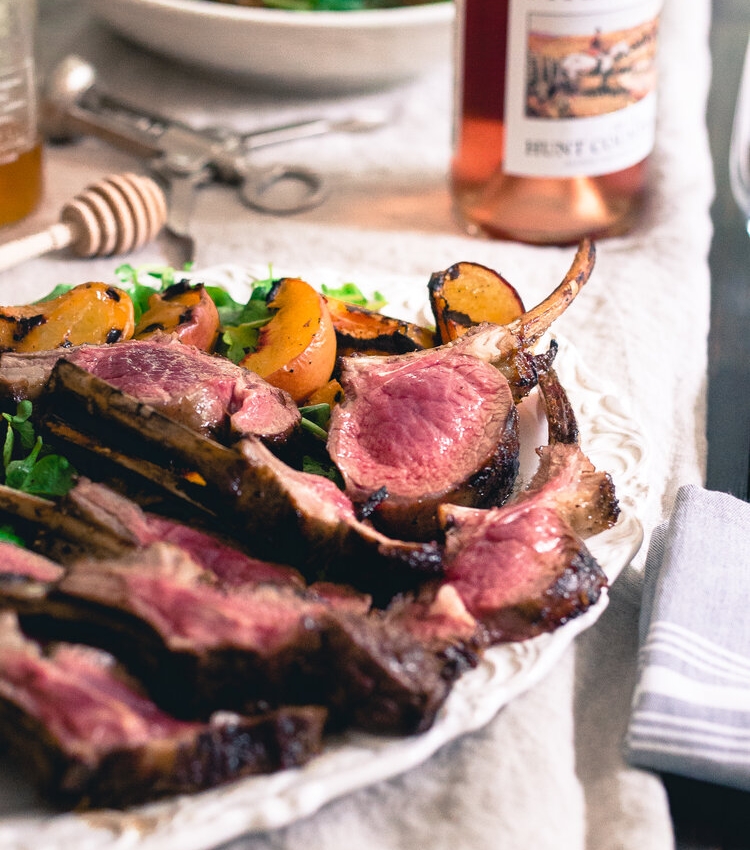 I glazed the rack of lamb on the grill with the peach honey and what resulted was a perfectly cooked medium-rare chop with a charred, sweet, floral peach crunchy exterior. Grilled peaches on top of a simply dressed watercress salad were served alongside the lamb chops and I made a simple brown and wild rice salad (studded with things like feta, fresh herbs, dried cranberries, seeds and nuts) and some grilled baby broccoli to fill up the table. - Running to the Kitchen

salt and pepper; to taste

salt and pepper; to taste

2Season the trimmed lamb chops liberally with salt and pepper on both sides.

3Place the rack of lamb directly on the preheated grill and let cook until browned and dark grill marks appear on the bottom. Flip the rack of lamb and grill on the other side until equally browned.

4Brush half the peach honey on the rack of lamb. Close the grill and let cook an additional 2 minutes. Flip and brush the other side with the remaining honey.

6Let the lamb rest on a cutting board for 5-10 minutes covered with aluminum foil. Slice and plate with the salad before serving.

1Place watercress in a large bowl. Add 1 tablespoon of the olive oil, lemon juice, salt and pepper to taste to the bowl and toss to combine. Place the salad on a large serving platter.

2Drizzle the quartered peaches with the remaining tablespoon of olive oil and season lightly with salt and pepper.

3Place peaches directly on preheated grill. Grill for about 2-3 minutes per side until dark grill marks appear. Remove peaches from grill and place on top of the platted watercress. Serve alongside grill lamb chops.

Recipe and photos courtesy of the American Lamb Board and Running to the Kitchen.